Transform Your Life with ONE small Shift

Get your FREE Guide! Start Today...

Home Based Business: 6 Reasons to Start in December 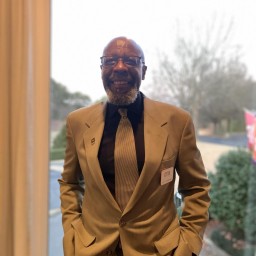 I am not a monkey.

Are you a monkey?

Grab a banana. They’re delicious. But don’t let it cost you freedom.

How to trap a monkey

Monkeys are fast. Monkeys are agile. Monkeys can climb the tallest palm tree in the blink of an eye. But unlike you, monkeys can’t release limiting beliefs.

There’s an old fable about how villagers use pots to capture monkeys. They put a small hole in the side of a pot just big enough for the monkey to easily slip his hand in and grab hold of a banana.

When the monkey reaches in and grabs the banana, he can’t get his hand out because he’s made a fist. He believes he’s trapped. All the monkey has to do to free himself is release the banana. Sadly, he never does and capturing monkeys is easy for villagers.

His greed blinds him. His attachment to the so-called prize is so strong that he sacrifices his freedom, even his life for a banana. The monkey is looking for instant gratification. Silly monkey, right? Hmm, maybe not.

The monkey suffers from limiting beliefs. Believing that having a banana is more important than his freedom. He probably knows better, but can’t let go of the one thing that stands between captivity and his freedom.

Limiting Beliefs are untruths or false beliefs that keep you from pursuing your goals and desires. Limiting beliefs can keep you from giving your life the NUMBER ONE THING – IT’S PURPOSE!

Typically, there are three types of limiting beliefs.

1. Release Limiting Beliefs About Yourself

Some of the most impactful limiting beliefs you hold are those about yourself.

When I was a little boy growing up in Summerville, South Carolina, I can vividly remember my dad telling me that I was lazy, sorry, trifling, good for nothing. In fact, one of his favorite cognomens was “boy you wouldn’t work in a pie factory”. That was quite a lot to plant in the mind of a boy in his early teens. Let alone hearing it from his own father. I believed him. Here come my limiting beliefs.

What is your banana? What’s holding you back? What are your limiting beliefs? What are you holding onto that’s trapping you…and if you could just let go you would be free to realize your full potential and achieve your goals..

Think about it. Could it be hatred, money, or your ideas about happiness. Maybe it’s something that happened to you in the past that’s holding you back. Whatever it is, you need to release limiting beliefs.

In the book “Standing Tall,” Mark Januszewski describes limiting beliefs as everything that stands between the riches you seek, your intention and yourself. “You must be willing to give up what you no longer need so that you can receive what you so desire.”

The authors of the book Influencer, The New Science of Leading Change, tell the story of a guy named Henry.

Henry is struggling to lose the 50 pounds he’s gained since his job put him on the road twice a week. He now overeats at fancy restaurants. Henry joins a team of his co-workers in an effort to lose weight. But he’s not doing so well.

In fact at this very moment Henry is pulling the foil back on a partially eaten two pound chocolate bar that’s been sitting on his desk for a week. A colleague who knew of his deep affection for chocolate gave it to him.

Henry decided to lift that curious bar to see what two pounds of chocolate really felt like. But wait! He noticed that the wrapper around the foil lining had come loose. It seemed as if it was about to fall away. Henry was seduced by the beautiful red, shiny foil beneath it.

Pulling at the rapper playfully, and with little effort it came free. In a blur and without thinking, Henry’s hands peeled back the flap of the foil and exposed the dark rich chocolate. The authors pointed out that in a rush chocolate filled childhood memories poured through Henry’s head as his fingers pried loose small packet of pleasure.

Once he brought that treat to his lips it was over. The temptation was overwhelming. That chocolate began its transformation from cocoa, fat and sugar to unwanted cellulite.

Have you ever experienced anything like this in your life where you couldn’t release limiting beliefs?

The problem is to keep the monkey mind from running off into all kinds of thoughts.

Here’s the thing, at this moment Henry should be enjoying one of his secret pleasures, instead he’s depressed. With each bite of that chocolate bar, he’s convinced that he’s strayed from his diet because he lacks strength of character.

Henry is dead wrong. According to Carol Dweck, a psychologist at Stanford University, Henry suffers from a “fixed mind set.” If he believes he can’t improve, then he won’t even try and he’ll create a self fulfilling prophecy.

But Henry is in luck and so are you. That means that you and Henry can release limiting beliefs by accepting a growth mindset.

One of the best ways to release limiting beliefs is to use one of the great laws of the mind.

2. Release Limiting Beliefs About the World

If you’re considering doing something and you first think about what others might think, consider yourself already defeated. In reality, most people don’t care about what you’re doing because they are too busy worrying about what others think of themselves.

And if they don’t approve of what you do who the heck cares? As long you’re moving toward your purpose and not doing something illegal or harmful to yourself or others. Release limiting beliefs about what others might think and live your best life.

Other people don’t have to walk in your shoes and they don’t know what you have deal with on a daily basis:

The list goes on and on, but again, who cares.

There are great truths you must remember. First, all people are created equal and Second, there are no common people. The Source of All Good gave all people control over one thing, not three things, not seven things, just one thing, thought. Our thoughts, held and acted upon determine who we are. Since this ability to control thought is given to all people, we are all equal and can all do great things. All that has been available to great people is available to all people.

You must not worry about what others think. Do what’s best for you as long as it honors your “relationship to the Source of All Good, to your loved ones and your service driven purpose”.

Most of these limiting beliefs about life center around time. You’re thinking my time has passed. Someone’s already done that. I’m to old to start a new career. You give up before you start.

We all have the same amount of time. You can never manage time. The only thing you can manage is yourself. It’s what you do with your time that’s important. No matter what you do, you cannot add a single second to any day.

Remember you are never too old to start something new or become what you were always intended to be. People in their 90’s run and complete marathons. Why can’t you if you wish to do so? ONE OF THE MOST UNDERRATED SECRETS TO SUCCESS IS TO START BEFORE YOU’RE READY!”

The world is a big place. There’s plenty of room for you and me and anybody else who wants to dive in.

Possibly the most common excuse for most people, especially those who are considering a major lifestyle change like changing their diet, exercising more, reading more books, etc., is complaining about time or being too busy.

When you say, “I don’t have time!” What you’re really saying is, “I don’t care enough!” Fact is that if you made that change a priority, you’d find a way to get it done.

When you don’t prioritize, you’re playing it safe so that when you don’t get it done you can use time or business as your excuse.

Get out of those safe little routines or hiding behind those safe outward identities you’ve created, or spending your time on useless little distractions that won’t create a ripple in a puddle of water.

Perhaps your most unflappable limiting beliefs have to do with what’s actually real and what doesn’t exist. You sometimes choose to believe that things are impossible as a way to prevent yourself from trying and failing to achieve them.

When faced with a setback, you need to say, “Aha! I just discovered what doesn’t work” and not “Oh No! Once again I’m an utter failure”. You need to interpret setbacks as guides, and not as brakes.

Most people find it most difficult to release limiting beliefs when it comes to doing something improve their lives economically.

NOW GO GRAB A BANANA, THEY’RE GOOD FOR YOU!!

I am a health and wellness consultant who helps weight conscience adults struggling to lose weight because they can’t get the proper nutrition, diet or exercise. I help create a simple plan for living a healthy lifestyle so they can achieve their ideal body weight and enjoy dramatic and lasting weight loss.